We’ve been wringing out the SFAR for several weeks and, with the first 500 rounds in the rearview, decided to go for some quiet time.

Ruger’s new Small-Frame Autoloading Rifle is aptly named, as it is a .308 Winchester-chambered AR that, rather than dog pile atop the familiar AR-10/SR-25 competition, hit the market in a very AR-15 size. We are talking 6.8 pounds in weight and just 34 inches long when fresh out of the box in its shorter carbine variant that sports a 16-inch barrel.

The handy little rifle is almost perfectly set up to mount a suppressor.

The SFAR has an effective two-port “Boomer” (not a joke) muzzle brake to help redirect gas and tone down felt recoil. It does that in spades. Note this video of us on the range, paying close attention to the spotting scope bag catching air to the left of the brake. It is a thumper for sure. 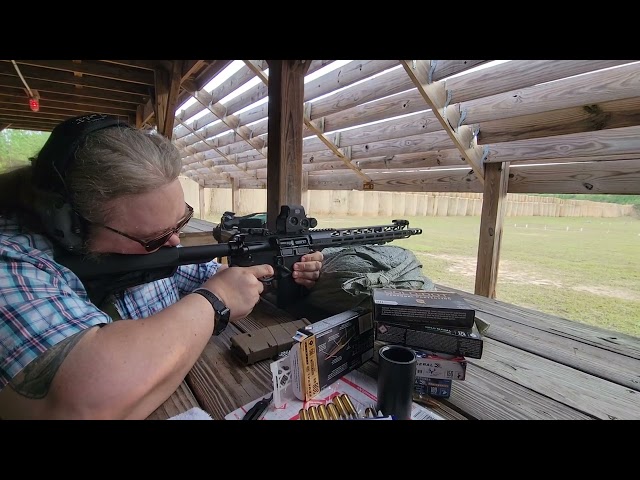 Near the lower receiver pin just forward of the ejection port but before the handguard is a set of twin gas ports, along with a series of similar ports in the bolt carrier to allow an easy escape for spent gas not needed to cycle the rifle. Easy escape hatches, so to speak, rather than beating up the BCG and pushing more gas out of the back of the receiver around the charging handle and into the user’s face.

The SFAR also uses a four-position adjustable gas block. According to Ruger, most commercial ammunition will cycle optimally on setting “2,” which is an ideal starting point when first shooting the rifle with new ammunition unsuppressed. The “0” location closes the block, effectively turning it into a single-shot rifle with the charging handle working the bolt.

Ruger recommends using the smallest gas port setting you can get away with that reliably cycles the action with your chosen ammo type. How about setting “1”? Well, that is the setting for suppressed fire. More on that in a minute.

We went with a SilencerCo Omega 36M. The two-piece modular can is multi-caliber, running everything from .22 Hornet to .338 LM, making it versatile and providing multiple configurations for length, weight, and mounting options. We’ve used it on everything across multiple pistols, PCCs, sub-guns, and rifles, without sacrificing performance. We used a 5/8-24 Charlie direct thread mount to make it easily compatible with the SFAR.

When it came to function testing, we ran the SFAR/Omega setup with 60 rounds of 149-grain military-surplus ball ammo and the regulator set at first to position “3” for starters, because why not, right? The results are that we had a good bit of gas from those gas vents, but the tone of the muzzle bark dropped notably while the SFAR cycled and worked just fine. See below. 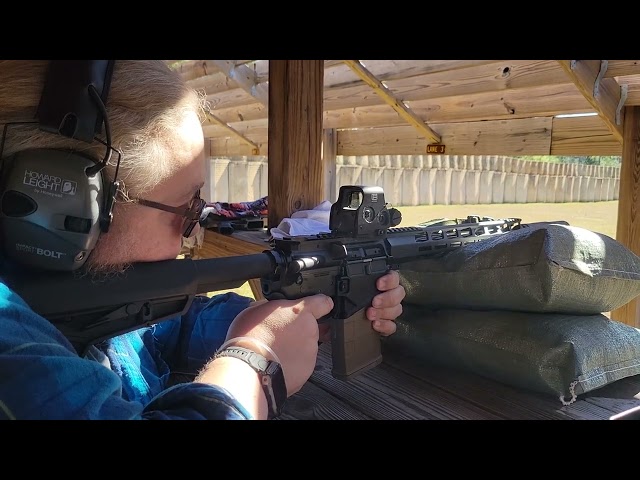 However, we also encountered our first jam after dropping down to the recommended position “1” setting and running another 100 rounds.

Still, once cleared, the SFAR continued ticking through the rest of our range session, and we logged a total of 300 rounds with the can mounted, bringing us to a total of about 800 rounds through the platform so far.

Stay tuned as we stretch its legs out to further distances. With the lower chamber of Congress under new management, a fresh bipartisan proposal for installing national concealed carry reciprocity has been introduced. The concept to sidestep a patchwork of reciprocity laws and agreements between states has been kicking around Capitol Hill for a decade and even made it through a Republican-controlled House in 2017 only to die in the Senate. Its…